Adèle Barzelay, a dual UK and US citizen, was raised in London. Adele obtained her Bachelors of Arts degree in Jurisprudence from New College, University of Oxford, in 2013.

Adèle is a current first year student at the Johns Hopkins School of Advanced International Studies (SAIS), where she plans to concentrate in Middle East Studies with a combined minor in International Law and Organizations and Conflict Management to prepare for a career in Public International Law, political risk consulting, or in the public sector.

Adèle’s academic interests focus on the nexus between international law and foreign policy, and on the use of international law to further the protection of the rule of law, human rights, and to promote conflict resolution. Through her work for non-governmental organizations such as the International Bar Association’s Human Rights Institute and the Equal Rights Trust in London, she has acquired sound theoretical and practical knowledge of these topics, and looks forward to developing a further understanding of these issues as applied to regional conflicts in the Middle East during her time at SAIS.

At the CCSDD, Adèle will be assisting Professor Justin Frosini with research on comparative constitutional law in the MENA region, with specific focus on states in North Africa who underwent constitutional reform in the aftermath of the Arab Spring.

Adèle speaks English and French fluently and will be continuing her Arabic language studies at SAIS.

From a small, mountain-town in the Pacific Northwest, Christopher graduated from the University of Oregon with a Bachelor of Arts degree in international studies, political science, and Italian.  He will be pursuing his second year at SAIS Bologna as a MAIA candidate, writing his thesis on “The role of the Constitutional Court in Albania’s transition to democracy”.

During the academic year, Christopher will be working remotely as a consultant for the United Nations Development Programme (UNDP/SEESAC) in Serbia, focusing on security and firearm-related issues in Albania, Kosovo1, FYROM, and Montenegro.  Prior to his first year at SAIS, Christopher was a US Peace Corps volunteer in Albania and had also worked as a European Travel & Expense Auditor for Levi Strauss & Co.

Christopher’s main academic and professional interests include judicial reform, Rule of Law, good governance, and anti-corruption in the Balkans.  He is fluent in Albanian, proficient in Italian, and will be learning Russian during his second year at SAIS.

Originally from Los Angeles, California, Christina Pushaw is a first-year master’s student at Johns Hopkins University SAIS, concentrating in European and Eurasian Studies with a minor in International Political Economy. She received her Bachelor of Arts in History and Russian Area Studies from the University of Southern California in 2012, where she worked as a research assistant in the Gould School of Law and held leadership positions in the Armenian Students Association and Russian Club. Since graduating, she has helped bring college counseling services to many schools and nonprofit organizations in the former USSR, especially in Georgia and Azerbaijan. Her interests as Research Assistant to Professor Justin Frosini include the challenges of constitutional reform, especially decentralization, in modern-day Ukraine, as well as the democratic development of the former Soviet states in Central Asia. Pertinent to her professional experience, she is also interested in helping promote the EULR Summer School among scholars in Eastern Europe and the South Caucasus.

Christina Pushaw is a native English speaker, proficient in Russian, and conversational in Georgian and Ukrainian. She is currently learning Italian.

Michelle studied Political Science, Psychology, and Latin American studies as an undergraduate and completed study trips to Salvador da Bahia and Rio de Janeiro Brazil, where she also taught English in a favela. She interned at the US Senate Sergeant at Arms, and later at a law enforcement mutual aid agency in Illinois. After graduation, Michelle moved to Miami Florida where she spent four years working for Caterpillar doing technical recruiting for Latin America. She enjoyed using her Spanish and Portuguese language skills to travel and hire talented students from all over the region.

Michelle’s academic and professional interests revolve around U.S. Foreign Policy and Human Rights. She is interested in a future career with the U.S. State Department, Foreign Commercial Service or the United Nations. 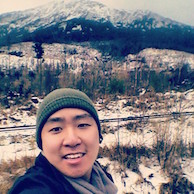 Nick is native of Washington state and graduated from Occidental College in Los Angeles with a Bachelor of Arts in Diplomacy and World Affairs and a minor in Japanese language and culture.

He is a first year MA candidate at SAIS concentrating in Latin American Studies and specializing in International Economics and International Finance.

His experiences include working with UNICEF and as a child rights advocate at a juvenile court in Washington state. Most recently, he spent a year in Turkey as a Fulbright Scholar teaching English at a university as well as conducting independent research on educational resource availability for Kurdish refugee children.

Nick is interested in emerging markets as well as economic development. He is fluent in Korean and Japanese, proficient in Turkish, and is developing proficiency in Spanish and is interested in pursuing a career in consulting. 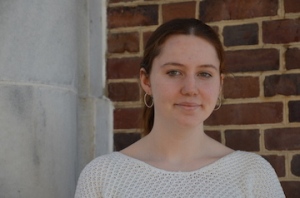 Rebecca is a first-year MA student from Brooklyn, New York. She studied International Studies and Sociology at Johns Hopkins University, and, as a BA/MA candidate, will obtain a Bachelor’s and Master’s Degree within five years. While an undergraduate, she participated in research projects on global social movements since the 19th century, emerging forms of urban governance, and housing court in Baltimore City. She also wrote on global and domestic affairs for a weekly undergraduate political journal.

Rebecca is studying European & Eurasian Studies and is particularly interested in examining the role of the EU on democratic processes in existing and potential member states. She speaks both Spanish and Italian and plans on studying more languages while pursuing her degree. After SAIS, she hopes to pursue a career in diplomacy, ideally working with many of the states she currently studies at the CCSDD.