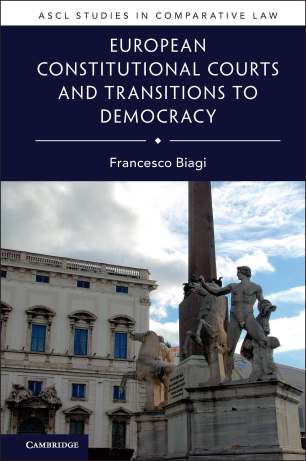 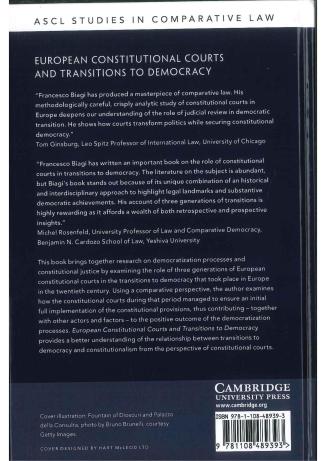 We are very pleased to announce that CCSDD Researcher Francesco Biagi’s new book, European Constitutional Courts and Transitions to Democracy, is out! The volume, published by Cambridge University Press, brings together research on democratization processes and constitutional justice by examining the role of three generations of European constitutional courts in the transitions to democracy that took place in Europe in the twentieth century. Using a comparative perspective, Biagi examines how the constitutional courts during that period managed to ensure an initial full implementation of the constitutional provisions, thus contributing – together with other actors and factors – to the positive outcome of the democratization processes. Congratulations Francesco!

This entry was posted in Uncategorized. Bookmark the permalink.